Many short term rate traders trade the ever changing term structure of rates, called the (yield) curve. Generally, most curve movements can be classified as steepeners (where the differential between long term rates minus short term rates widens) or flatteners (the opposite). They can be further differentiated by bull/ bear steepening/flattening:

One big question remains though – will the curve steepen or flatten? There are many curve drivers but an interesting one is the relationship between short rates like 3-month LIBOR or EURIBOR and steepening or flattening phases. 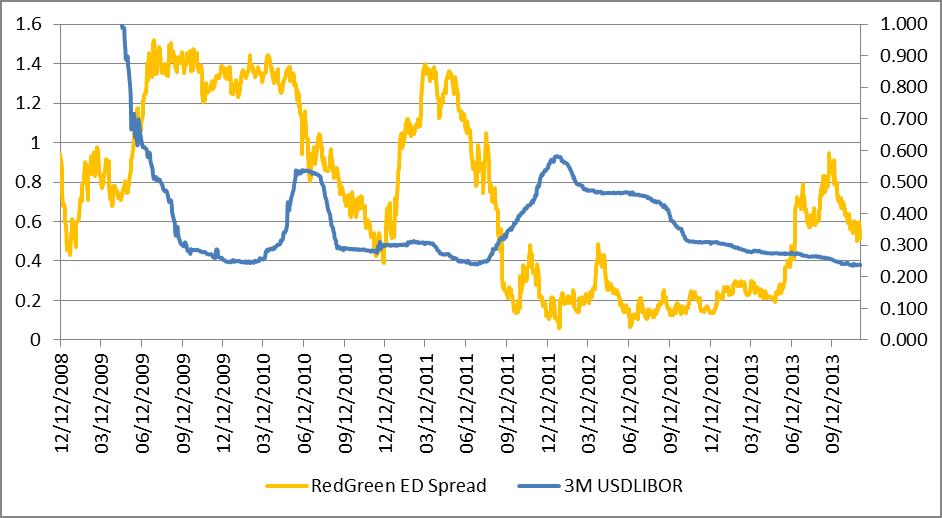 An increase in this spread means the curve is steepening and a decrease means it is flattening.

There is a causal link relationship between the short rate and the state of the curve.

Here’s the same for the Euribor.